Just today as I was looking through some cartography maps I found online (http://mapas.igeo.pt/). I found that there is a mountain further over beyond the one facing my land called ‘Cabeço Grande’. 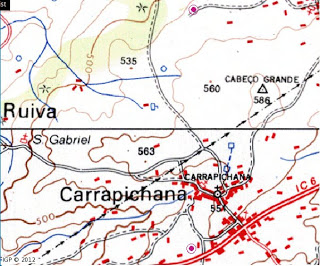 The (small) mountain that faces my quinta is called ‘Cu de Boi’. From what I’ve been told, this translates to ‘the bulls ass’. 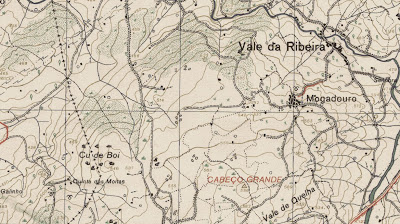 I first thought that ‘Cabeço Grande’ would mean ‘big head’.

Really got me wondering if there ever was some kind of relationship between the bulls ass and the big head. I started imagining that perhaps it’s part of a bigger image (like a whole bull!!) and that maybe there is some kind of terraneous constellation thing going on here that I don’t know about.

I was really getting excited 🙂

Further research however seemed to indicate that Cabeço is more likely to mean ‘mountain’ (see the link below). So if there is a relationship then I am none the wiser on it. If anyone is any wiser then please send forth your wisdom 🙂

I tried looking up Cabeço Grande on the web but the the closest I could find was Cabeço Gordo in the Island of Faial. One of the islands of Acores.

Cabeço Gordo (Portuguese for “fat mountain”) is the highest mountain, massive stratovolcano and the largest geomorphological structure that forms the island of Faial.

Looks beautiful. Must be an amazing place to visit.

The thing about the bull reminds me of a dream I had when I was a kid, where I was next to a field where there was a bull. I didn’t realise it would eventually materialise in this form, much more delightful to the I … 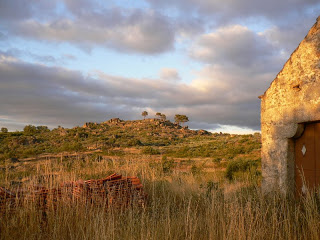 Now that I mention that dream it reminds me of another dream I had of having tombstones of my relatives in the back yard (the dream was relative to the house I was living in at the time), and now I find myself in this strange land (yes it’s strange here), where in my back yard there is a chapel. The chapel of Saint Gabriel (same name as my father) with some tombstones just above. 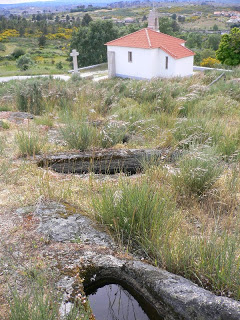 The strangest thing though is that I only came to Portugal because of a dream.So it does leave me in wonder.